Starting cosmetic treatments: when is young too young?

Wrinkle jabs and fillers have traditionally been used as we get older to restore our youthful looks. But as a surprising number of young people opt to go under the needle. Heather Stephen asks can you start too soon?

As celebrities tweet about their Botox and show off their newly plumped lips on Instagram injectable treatments are becoming as fashionable amongst 20 somethings as the latest Prada handbag or pair of Louboutin shoes.

But do you really need to invest in anti-ageing treatments when you don’t have a wrinkle in sight? It seems as though plenty of young people think you do.

In a 2015 survey by the American Academy of Facial Plastic and Reconstructive Surgery (AAFPRS), which represents 2,500 surgeons around the world, 64 per cent of surgeons reported a rising demand for cosmetic surgery and injectable treatments from patients under 30.

And in a press release brought out earlier this year the Academy predicted a growing number of people would begin procedures sooner in their 20s and 30s to delay the need for more invasive treatments like facelifts.

So, what is this trend all about? In part, it could be due to a growing dissatisfaction with appearance amongst young people. In 2011 36 per cent of 17-21 year old girls surveyed by the Girl Guide Association said they were unhappy with their looks and the association says this figure has now risen (2016 figures) to 50 per cent.

Another factor might be that famous people are prepared to be open about their treatments, whereas, previously they might have put their smooth good looks down to early night and a healthy diet.

‘Since programmes like ‘The Only Way is Essex’ and ‘Keeping up with the Kardashians’ there has been a trend in younger girls in their 20s coming in asking for lip fillers.’ she says. ‘When I first started in aesthetic medicine four years ago, all my clients having wrinkle relaxing injections were aged 40 years and above. However, now about 5% of my wrinkle relaxing clients are in their 30s.’

Dr Or believes the demand amongst young people could be partly due to greater publicity about the possible preventative effects of wrinkle relaxants.

‘Clients come in asking for Botox when they start to notice the beginnings of lines and are conscious they don’t want them to develop into wrinkles,’ she says. ‘People often want to look like celebrities but I would never treat anyone who had unrealistic expectations or who requested something that wasn’t in harmony with their facial features.’

The AAFPRS advises having Botox in your 20’s to train the facial muscles to move less to prevent wrinkles from forming in the first place and recommends wrinkle injections every three to six months in your 30’s to soften frown lines. In a press release last year AAFPRS President Dr Edwin Williams said ‘our patients understand that prevention is key to preserving a youthful look as they age.’

However he warned: ‘Younger patients should be advised to be careful not to go overboard too soon with injections. In fact, some procedures like overly plumped lips and a frozen forehead can actually age you beyond your years.’

But not everyone agrees that getting such an early start is such a good idea. Harley Street dermatologist Dr Emma Wedgeworth is unconvinced by the argument there is an advantage in giving Botox to clients in their 20s.

She has seen an increasing demand for non-surgical procedures like Botox across all age groups but doesn’t tend to recommend Botox to people under 30 as she says it often isn’t necessary.

‘Although patients in their 20’s may see lines when they frown, raise their eyebrows or smile these are seldom permanent,’ she says. ‘Once you get into your 30’s loss of volume and elasticity in the skin means that these lines can become deeper and the ideal time to have Botox is just as you start to notice the lines. For most patients this is the early 30’s although this can vary.

‘In rare cases where younger women develop deep frown lines because of over expression it may be beneficial to use small doses of Botox to prevent permanent changes. But with patients in their 20’s, I prefer to work on identifying and treating skin issues such as breakouts and advise on skin health by recommending great sun protection, antioxidants, a good diet and avoiding smoking at all costs.’

Dr Shirin Lakhani, an advanced aesthetic doctor from Elite Aesthetics in Kent, has occasionally treated young patients with deep wrinkles but she says that ‘unless there are visible signs of ageing, I do not agree with the use of Botox in 20 somethings.’

Dr Lakhani advises starting Botox only when lines linger after you relax your facial expression as treating at this stage will prevent static wrinkles from forming.

She agrees with Dr Wedgeworth claiming ‘the main focus when treating younger patients should be to educate on good skin care rather than encourage injectables before they are required.’

Dr Rupert Critchley from Viva Skin Clinics in London says he too see’s a number of patients -some in their late teens or early 20’s – requesting the treatment but unless there is a strong family history of, for example, very deep furrowed lines on the forehead, he can see no reason for starting so young.

He adds there’s another possible disadvantage to starting botox too early as some people may develop a tolerance to it after a decade or so of use which may render it less effective. But Dr Rupert says less frequent applications – say twice a year instead of every 3-4 months – can help avoid that.

He too thinks the media – especially social media, is largely responsible for boosting demand for the procedure, but that practitioners have a responsibility to to their patients and it’s important to ask them why it is they’re wanting to have it done in the first place and if the reason isn’t valid he’d discourage about going ahead.

Ingrid Collins, a consultant psychologist at the London Medical Centre on Harley Street, believes young people often seek aesthetic treatments out of insecurity and doctors have a duty to dissuade them from making alterations to their appearance at such a vulnerable age.

‘The media has created a desire to be perfect and this has made young people who are insecure about how they look feel lacking,’ she says. ‘Botox and fillers are just the first step on the way to other more invasive treatments and if you start too early it can become quite addictive. I think it is really sad and a huge worry.’

Teoxane Perfect Skin Refiner – 50ml
Teoxane's Perfect Skin Refiner
Add to cart
Read More
Featured Stories
Could it be menopause: take the quiz and find out
How to winter proof your skin
Menopause – the messy bits
Progesterone -what you need to know about this hormone and menopause
Diet and weight control- which diets work?
Accutane and acne: the pro’s and con’s explained
The brain, menopause and HRT- what do we know?
Related Posts 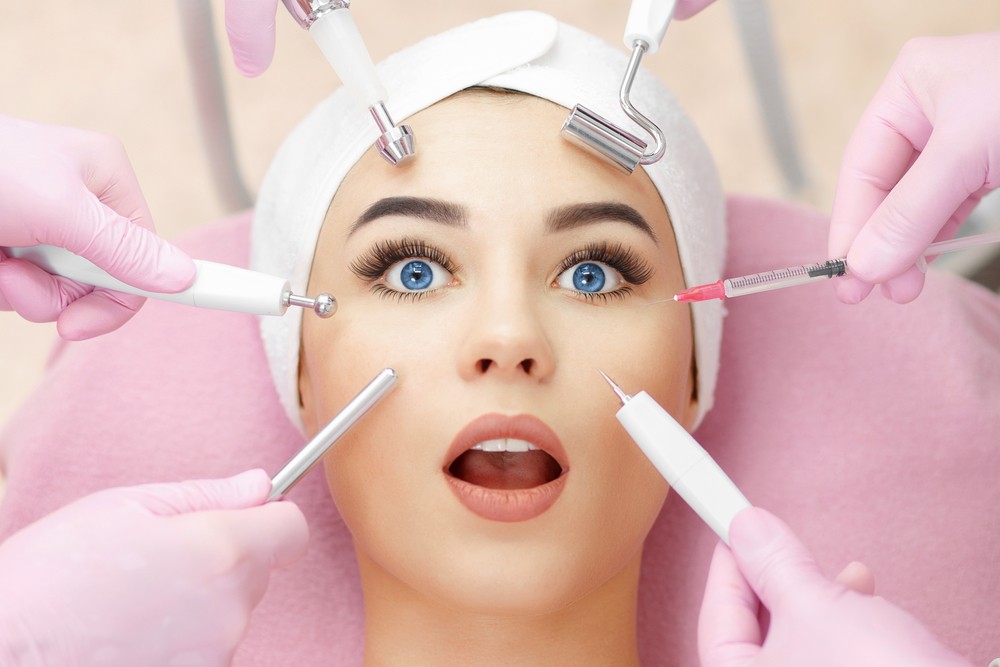 Botox – how to avoid the ‘plastic fantastic’ look
Read More 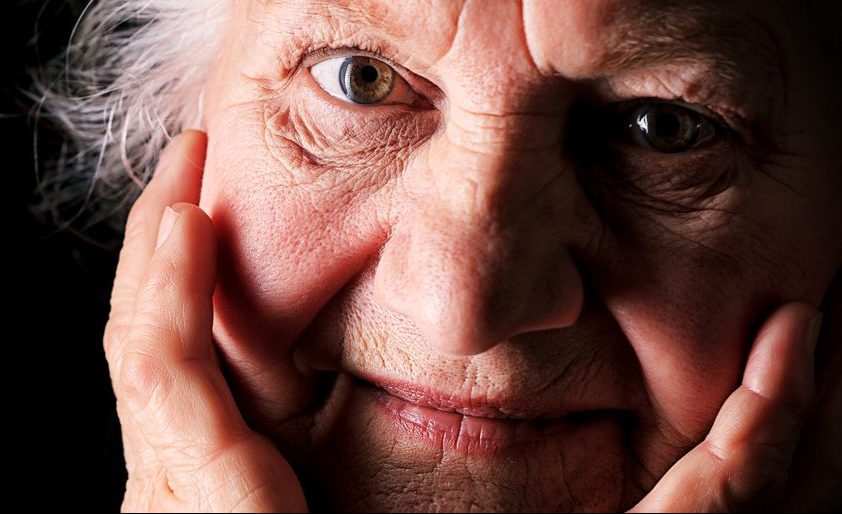 Blue zones: what they can teach us about aging well?
Read More 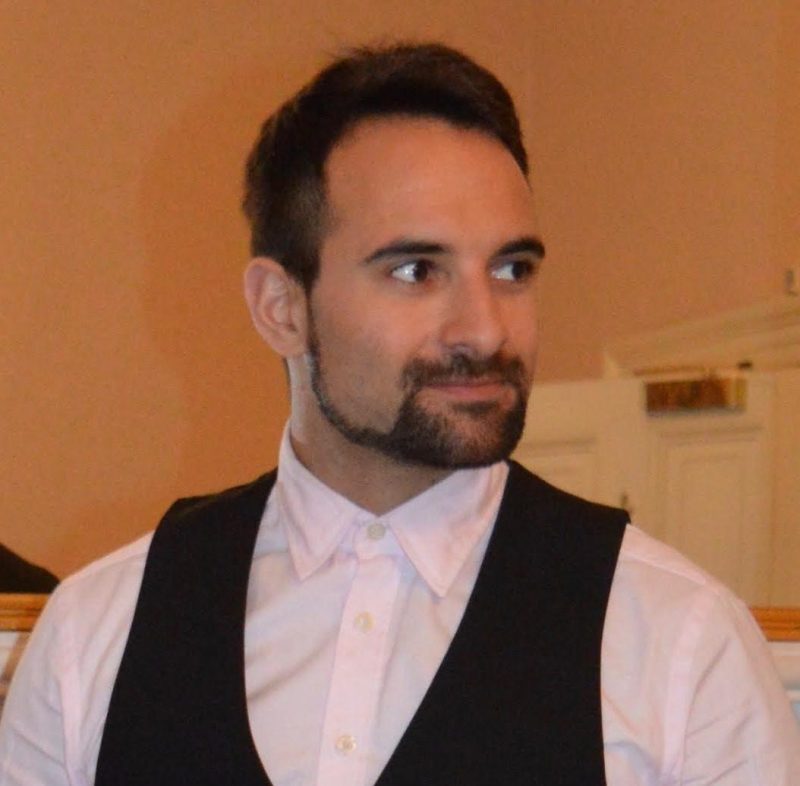